Arlyn R. Janke, age 94, formerly of Atwater, Minnesota and of Hector, Minnesota, passed away peacefully on Friday, January 7, 2022, at J.A. Wedum Residential Hospice in Brooklyn Park, Minnesota. Memorial Service will be held at a later date.

Arlyn Richard Janke was born on March 7, 1927, in rural Hector, Minnesota. He was the son of Gustave and Olga (Lange) Janke. Arlyn was baptized as an infant and later confirmed in his faith as a youth at St. Paul’s Lutheran Church in Hector. He received his education in Hector and was a graduate of the Hector High School, class of 1945.

On September 20, 1954, Arlyn was united in marriage to Eileen Ploof at St. Mary’s Parish in Bird Island, Minnesota. Arlyn and Eileen resided in Hector, later moved to Atwater, and a few years ago moved to Silver Creek in Maple Grove, Minnesota.

Blessed be his memory.

Arlyn is survived by his wife, Eileen Janke of Maple Grove, MN; sisters-in-law, Lois Holt of Blaine, MN and Dorene Ploof of St. Louis Park, MN; many nieces and nephews, other relatives and friends.

Arrangements by the Hughes-Hantge Funeral Chapel in Hector. Online obituaries and guest book available at www.hantge.com. 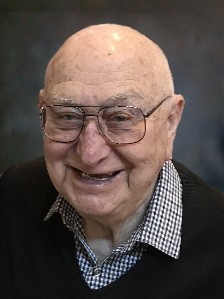