August Faber, age 86, and Gertrude Faber, age 83 of Lake Lillian, MN died as the result of a car crash. August died Saturday, September 24, 2022 and Gertrude died Tuesday, September 27, 2022. Funeral services will be on Tuesday, October 4th at 11:00 a.m. at United Lutheran Church in Lake Lillian with Pastor Donna Olsen officiating. Burial will be in the Tromso Cemetery. Visitation will be on Monday, October 3rd, from 5 to 7 p.m. at K-M Funeral Home and will continue for one hour prior to the service at the church on Tuesday.

August Faber was born on February 8, 1936 to Nick and Tillie (Jellema) Faber in Artesia, CA. He attended school in Middletown, NY. From a young age he began farming with his family which grew into a lifelong career. Gertrude Mae Faber was born on July 4, 1939 to Oliver and Helen (Dooley) Haugerud in Montevideo, MN. She graduated from Montevideo High School in 1957.

On May 10, 1958, Gertrude Haugerud was united in marriage to August Faber at Watson Lutheran Church. They resided on a farm east of Lake Lillian and raised their four children there. August farmed the land with his father and two brothers while Gertrude took charge of their hog farrowing and poultry operations. August took several jobs off the farm to support his family including but not limited to being an electrician, accomplished carpenter, metal worker and sampling peas for Green Giant. The family, with Dad’s guidance, built many of the barns and out buildings on their farm and also erected 87 grain bins for local farmers.

Gertrude worked for several years at the Cosmos Healthcare Center as a cook. Together, while utilizing their children’s help, they raised an abundant amount of vegetables on their five acre truck garden to sell at local farmers markets. Gertrude spent many hours gardening each year canning and preserving their produce. She was a great baker; her famous monster cookies and homemade buns will be missed. August had a passion for aquatic plants and hand dug an enormous pond with a fountain and fish at the farm. He also liked deer hunting with his buddies and wood working. August and Gertrude traveled together in retirement visiting all 50 states and enjoying bus tours in the later years. They were both dedicated members of Grace and United Lutheran Churches in Lake Lillian. August served on the church board, was a reader and usher for many years and Gertrude was part of the ladies circle, making the coffee for various church banquets and funerals. Their children, grandchildren, and great-grandchildren were the joys of their life.

August and Gertrude are survived by their son, Roger (and Terrie) Faber of Canton, MI; their daughters: Sandra (and Dale) Benson of Cosmos, Karen Zimmerman (and Tom Vaidich) of Delano, and Patricia (and Monty) Krosch of Litchfield; their six grandchildren; their five great-grandchildren; their siblings and spouses: Anna Olson, Alice (and Douglas) Flann, Arden Norum, Sally (and Gary) Erickson, Elizabeth (and James) Davis, Ruth Hendrickson, George Faber, Robert (and Jayme) Faber, Esther (and Harlan) Lalim, Dorothy (and Dale) Tollakson, and Darrel (and Ruth) Haugerud; and many other relatives and friends. August and Gertrude were preceded in death by their parents; two infant daughters; son-in-law, Neil Zimmerman; and their siblings and spouses: Melvin Olson, Becky Faber, Bernice Faber, Kathryn Norum, Joan (and Jerry) Clark, and Orvin (and Mary) Haugerud. Blessed Be Their Memory K-M Funeral Home, Lake Lillian, MN (320) 664-4722 www.dirksblem.com 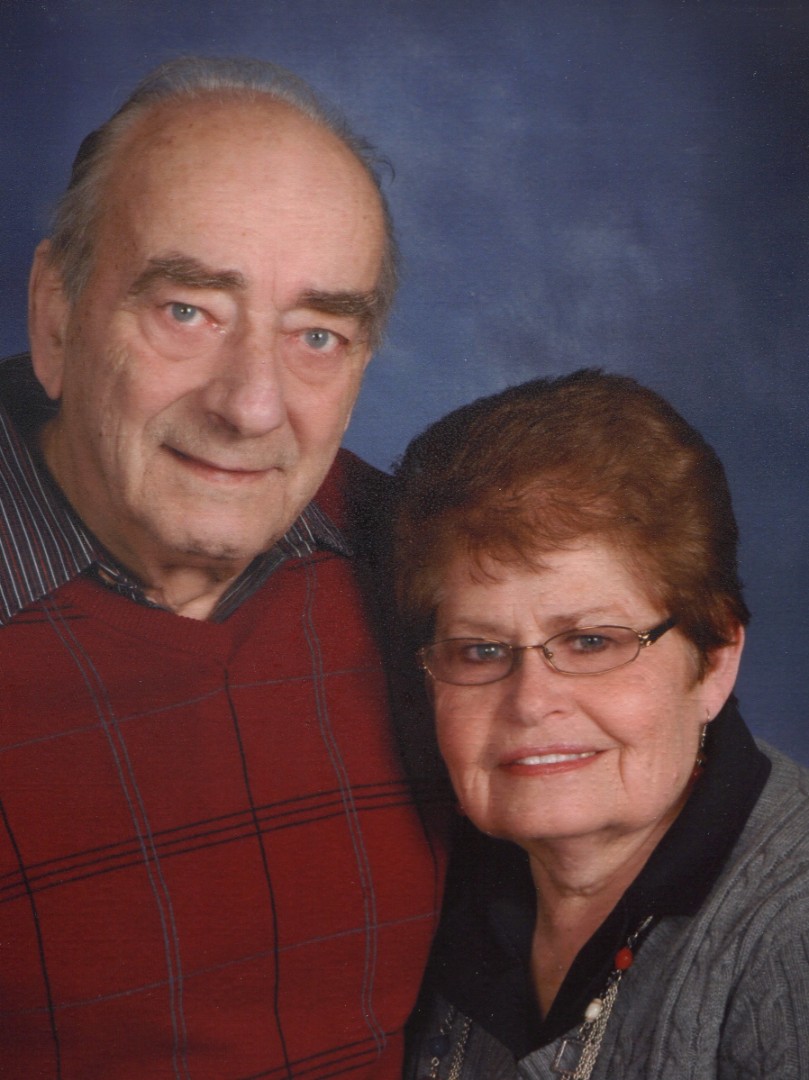