Barbara (Barb) Ann Roguske, age 79, of New London, died Friday, July 29, at her home with her family by her side. Visitation will be Wednesday, August 3, from 5:00pm to 7:00pm at Harvey Anderson Funeral Home in Willmar. A Celebration of Life will be held at 11:00am on Thursday, August 4, at Living Hope Church in Willmar. Lunch will be served after the Celebration, with interment at Oak Hill Cemetery in New London to follow. www.hafh.org. Livestream link is https://subspla.sh/vvz7sbx

Barb was born March 6, 1943, in Eau Claire, Wisconsin, the daughter of Robert and Erna (Dewitz) Hodsdon. She moved to Decorah, Iowa, with her family in 1952 where her father purchased the local creamery. After graduating from Decorah High School in June 1961, she attended Ripon College in Ripon, Wisconsin.

While her children were young, Barb worked part time at several clothing stores in Willmar, including C. Suzanne and Torge’s. She later worked for Rogers’ Benefit Group as an Insurance Service Representative. She met so many wonderful people, many of whom became dear friends, as she serviced small insurance agencies throughout western and west central Minnesota.

One of Barb’s passions was children. She was so proud to be Robert and William’s grandmother, and she attended every event they were involved in. She served as a Sunday School Teacher for forty years, led her daughter’s Brownie and Girl Scout Troop, and sponsored many children at Agua Viva Children’s Home in Guatemala where her support enabled kids to get a Christian education. After her retirement, she volunteered as a reading tutor to second graders at NLS. She loved seeing the names of kids she’d tutored on the Academic Achievers and Honor Roll lists. She spoiled her students with candy and little gifts, provided them with support and encouragement, and was known as “Grandma Barb”.

Barb also loved to travel and together with Fred visited over 70 countries, some for pleasure, and others – such as Colombia, Guatemala, and Southeast Asia - while doing mission work. She traveled several times to Guatemala and loved visiting (and spoiling) the kids at Agua Viva.

Her lifelong passion was baseball which began as a child when she, her sister, and her parents took the train to Chicago to attend Cubs games. They also went to many Eau Claire Bears games (a farm team of the Braves), and she was very proud of the fact that she saw Hank Aaron play ball for the Bears. After moving to Minnesota, she became a Twins fan, attending both World Series Championships and several Twins spring training camps in Fort Myers, FL. Barb loved watching both of her grandsons play baseball for NLS and watching Will play for the Minnesota Blizzard, the Regal Eagles, and the Willmar Stingers.

Barb will be remembered for her generous and giving spirit and her limitless capacity to love, support, and encourage others. She had a positive impact on so many people, and she will be remembered fondly by those whose lives she touched in her special “Grandma Barb” way.

She was preceded in death by her parents, parents-in-law, Victor and Ione (Knowlton) Roguske, brother, Richard, and brothers-in-law, Jim Walker and David Macklem. 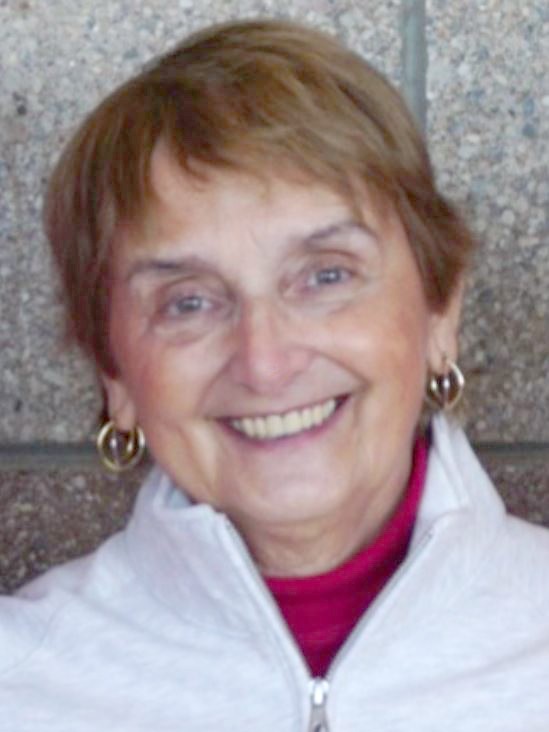