Beverly A. Hirman, 80, of Raymond, died Thursday, November 10th at Bethesda Grand in Willmar. Her funeral will be 11:00 am, Monday, November 14th at Harvey Anderson Funeral Home in Willmar with interment to be in Sacred Heart Catholic Cemetery, rural Raymond. Visitation will be Sunday from 2-4:00 pm, at Harvey Anderson Funeral Home and continue one hour prior to the service on Monday. www.hafh.org

Beverly Ann Hanson was born October 16, 1942, in Willmar, the daughter of Palmer and Alma (Odland) Hanson. She was raised in Willmar and attended Willmar area schools. On October 24, 1960, Bev was united in marriage to John Hirman at Raymond Catholic Church. Following their marriage, they lived in Minneapolis for a short time before moving to Raymond. Bev and John owned and operated the pool hall in Raymond for several years. They sold the pool hall, and Bev began working at Jennie-O Foods, where she worked for 25+ years, prior to her retirement. John preceded her in death on May 30, 1986. Bev remained living in Raymond until recently moving to Bethesda Grand in Willmar.

Bev was baptized and later confirmed at Vinje Lutheran Church in Willmar. She had been a member of Raymond Catholic Church and Sacred Heart Catholic Church, prior to joining Church of St. Mary in Willmar. Bev enjoyed the Fall Festival and helping serve at church.

Her hobbies were playing cards, camping with her family, gardening and canning. She enjoyed the trips she and John made to Florida, Nashville and Las Vegas. But most of all she looked forward to spending time with her grandchildren and great grandchildren.

In addition to her husband John, Bev was preceded in death by her parents, siblings, DeWayne Hanson, Dale Hanson, Shirley DeLosier, Darlene DeBoer, Doris Leaf; and her grandsons, Travis Hirman and Joseph Hirman. 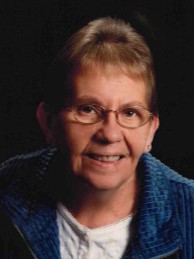