Carol Owen Netland, 89, of Kerkhoven, died Thursday, October 27th at Copperleaf Senior Living in Willmar. His memorial service will be 11:00 am, Saturday, November 5th at Kerkhoven Evangelical Free Church. Visitation will be one hour prior to his service at the church. Burial will be at Hillside Cemetery in Kerkhoven. Arrangements are with Harvey Anderson Funeral Home in Willmar, www.hafh.org

Carol Owen Netland was born April 26, 1933, to Lewis and Pearl Esther (Gjerde) Netland at home on the Gjerde Farm, in Arctander Township. He was baptized and later confirmed at West Norway Lake Lutheran Church. Carol attended Lincoln School District 19 in Sunburg, before graduating from Kerkhoven High School in 1951. At an early age, Carol learned how to help with chores on the family farm and by the age of 9, he was driving a tractor! On August 13, 1955, Carol was united in marriage to Marie Larson at Spring Creek Lutheran Church parsonage. They purchased their own farm near Sunburg. Carol continued to farm for 10 more years after moving to Kerkhoven in 1984. Carol loved farming and also taking breaks every few hours to get a meal or snack, which Marie would provide. Carol and Marie became members of Kerkhoven Evangelical Free Church where Carol enjoyed volunteering as an usher. He would often visit older members of the church, where he would bring them the Happiness magazine which contained puzzles, jokes and recipes. He also carried around his “Birthday Book” and would have friends, nurses or others add their birthdays. Carol loved his children and grandchildren. Their visits were always special to him. He enjoyed playing Uno and Farkle with his family and he usually was the winner! He and Marie enjoyed mowing Hillside Cemetery in Kerkhoven. They did this for over 20 years. He was a loving husband, father, grandpa and friend.

He was preceded in death by his parents, and grandson, Barry Tengwall; brothers-in-law Donald Larson and Erivn Larson. 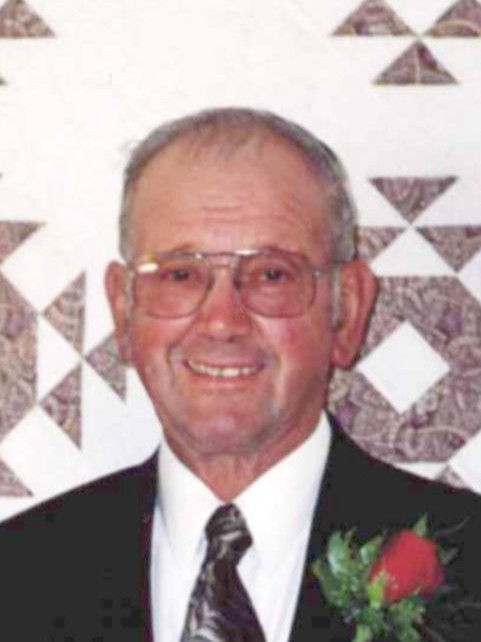