Funeral services will be held at 12 noon on Wednesday, June 29, at Vinje Lutheran Church.  Interment will be at the Spicer City Cemetery.  Visitation will be from 4-7 p.m. on Tuesday, June 28, at Vinje Lutheran Church and will also continue for one hour prior to the service on Wednesday.  In lieu of flowers, memorials to Alcoholics Anonymous (AA), the Willmar Baseball Association or Darrin’s children are preferred.  Arrangements are entrusted to the Peterson Brothers Funeral Home.  www.petersonbrothers.com

Darrin was born in Willmar, MN on June 12, 1971. He was the son of Marcia (Lovander) Ogdahl and Daniel Ogdahl. Darrin was baptized and confirmed at Faith Lutheran Church in Spicer. Darrin was a graduate of New London-Spicer High School where he was active in football, basketball, and baseball. He went on to college at Willmar Community College (Ridgewater) and Southwest State University (SMSU), where he was also active in baseball and made the All-Division team.

After college, Darrin married Carrie Johnson on July 30, 1994, in Willmar. They were blessed with four beautiful children: Caitlin, Dalton, Landon, and Brielle. Darrin’s career as a CPA was spent at CDS in Willmar, becoming a partner in 2008. Darrin was a member of Vinje Lutheran Church in Willmar, where he served as a treasurer and usher. Aside from his family, Darrin’s greatest love was baseball. He was a member of the New London-Spicer Twins for more than 25 years, starting as a bat boy at age 12. During his career with the Twins, his greatest highlight was the year he was drafted as a pitcher and threw back-to-back, one-hit shut outs. After retirement from the Twins, Darrin went on to play several tournaments at the Roy Hobbs World Series in the over 40 league.

Darrin was kind, giving, passionate, protective, and humble. One of Darrin’s best traits was his selflessness, most often putting the needs of others before his own healing. Alcoholism is only a part of his story. His disease was severe and all-consuming in the end, yet Darrin made numerous attempts to receive treatment and recover. His family knows best that Darrin tried and would have remained sober if not for the cunning, baffling, and powerful nature of his alcoholism. The truth behind every tragedy is that grace always arrives. Darrin would want his story to help other alcoholics that still suffer. If you are struggling, may you find help now. 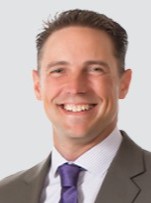