Donald Gene Bendickson, age 76, of Oceanside, California, and most recently of Burnsville, Minnesota, passed away on July 10, 2022, at Fairview Ridges Hospital in Burnsville.

Don was born July 27, 1945, in Willmar, MN to Walter and Myrtle Bendickson of New London. He attended grade school at District 16 in rural New London and graduated from New London High School in 1963. Don always said that he traded his cap and gown in for fatigues, as he enlisted in the National Guard immediately after graduation. Then he attended Brown Institute in Minneapolis. After Brown Institute, he first worked at a radio station in Grinnell, Iowa, and later transferred to KYSM Radio in Mankato. In 1977, he followed his dreams and moved to southern California. He was a radio announcer and disc jockey for several years in southern California and later switched to radio sales. He had the voice and the personality to win over anyone he met. Everyone who met Don walked away saying “He is the nicest and kindest man I’ve ever met.” He was always quick to offer genuine appreciation for support and friendship.

With the help of his sister, Louise, her husband Dave, and special niece, Allison Dillon, he transitioned back to Minnesota last November to be near his family.

He was preceded in death by his parents, Walter and Myrtle Bendickson, and his grandparents. He is survived by his brother, Dennis (Rachel) and sister Louise Coauette (Dave), several nieces and nephews, and his special friends Margaret Dailey and Jack Engel.

To honor Don’s memory, we will be holding a Celebration of Life at the New London Legion on July 28th from 3-5 PM. We invite anyone who knew and loved Don to come and share memories. 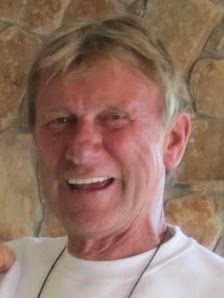