Funeral services will be held at 2:00 p.m. on Wednesday, September 28, at Bethlehem Lutheran Church in Atwater. Interment will be at Union Cemetery. Visitation will be one hour prior to the service at the church. Arrangements are entrusted to the Peterson Brothers Atwater Funeral Home. www.petersonbrothers.com

Eileen June Denton was born on June 30, 1926, in Allison, Iowa, the daughter of Henry and Nettie (Janssen) Weiland. At a young age her family moved to the Raymond area. She went to school in Raymond, Kerkhoven and Clara City graduating from Clara City High School in 1944. After high school, Eileen moved to St. Paul and began working at the Civil Defense Plant repairing gliders. On July 21, 1945, she was married to Eugene Wayne Denton. They lived in Atwater and Clara City, returning to the Atwater community in 1956. Gene and Eileen owned and operated the Sinclair Service Station & Café in Atwater. She was a member of Bethlehem Lutheran Church, enjoyed bowling, crocheting afghans, fishing, working on her flower garden, and adult coloring in her later years. She was active in the auxiliary for the Atwater Fire Department. Most of all she enjoyed time with her family. She was a believer in our Lord Jesus Christ and prayer was a priority to her.

She is survived by one daughter, Nancy Alstead of Paynesville; three grandchildren, Jason (and Melissa) Denton of Atwater, Jennifer (and Paul) Gjerde of Sunburg, and Megan (and Ed) Hoekstra of Grove City; and ten great grandchildren, Madison, Jeana and Brock Denton; Samantha, Weston, Maret, Josie and Elsa Gjerde; and Logan and Taylor Hoekstra, including other relatives and friends.

She was preceded in death by her parents; her husband, Eugene in 2001; one son and daughter-in-law, Wayne and Judy Denton; two brothers and sisters-in-law; Harold and Franny and Lester and Evelyn; and special friend, Andy Andresen. 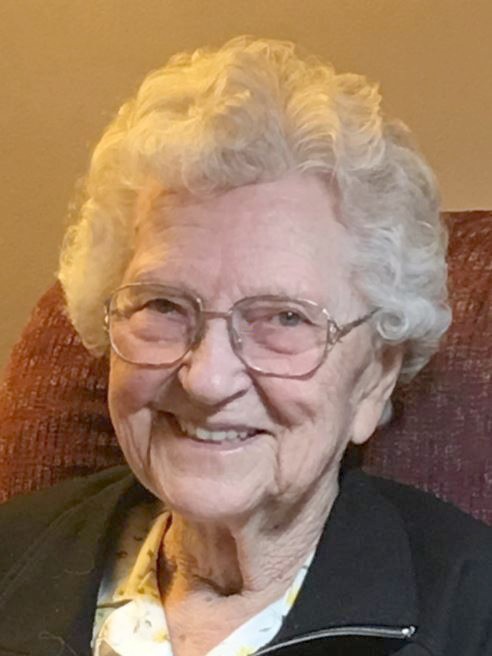