E. Walter (Wally) Jensen (75) of Belgrade passed away on Saturday, May 14, 2022, at the Belgrade Nursing Home after battling lung cancer.

A Celebration of Life is being planned for a later date.

Elvin Walter (Wally) Albert Jensen was born August 2, 1946, to Ernest and Evelyn (Beirmann) Jensen. He grew up near Belgrade on the family farm and attended Belgrade Schools, graduating in 1964. He served in the US ARMY from October 27, 1967, until honorably discharged on February 20, 1972. After the Service, Walter worked as janitor, a foreman for a silo company, a construction builder, a wood worker and other miscellaneous jobs.

Wally married the love of his life, Abbey, on September 10, 2005, on their hobby farm. Wally was a man who couldn’t sit still. He was always working on a project. He was known for his sense of humor, his love of Mountain Dew and his wood working crafts which he sold at local farmer’s markets along with Abbey’s apple butter and jellies.

He was preceded in death by his Parents, and Brother, Gene Jensen, and Sister and Brother-in-law, Elaine and Albert Verhoeff. 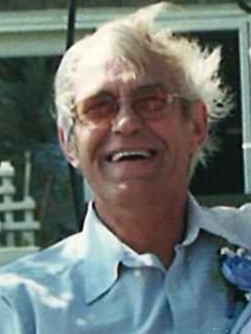