Gerald “Jerry” Jerome Sebey of Spicer, Minnesota passed away on Tuesday, April 19, at the age of 83, from a long battle with Alzheimer’s disease.

Jerry was born on November 10, 1938, in Granite Falls, Minnesota to Prescott and Myra (Jacobson) Sebey. He was baptized and confirmed at Granite Falls Lutheran Church and graduated from Granite Falls High School in 1956. He attended South Dakota State University before coming back to Granite Falls to start his career. He loved the Granite Falls community and called it home for 65 years. During that time, he enjoyed a 32-year career at UPS and served on the city council and planning commission. He retired in 1998 and moved “up to the lake” in 2003.

Jerry met his soulmate, Ronalda “Roni” Mae Schultz, when she moved to Granite Falls to begin her teaching career. They were united in marriage on July 7, 1962 and would have celebrated their 60th wedding anniversary this summer. Jerry was blessed with loving children and grandchildren who were his pride and joy. He loved spending time at the lake with his family and friends swimming, boating, playing games and eating ice cream! He had many passions including golf, fishing, hunting and travelling, but none could compare to his wife Roni, his one true passion in life.

He was preceded in death by his parents, Prescott and Myra Sebey, two brothers Quinten Sebey and Eugene Sebey; one sister, Marlene Sebey; his father and mother-in-law, Ronald and Alma Schultz and a sister-in-law, Shirley Owen.

The family wishes to thank the many wonderful caregivers at Copperleaf in Willmar and Engel Haus in Albertville, who helped him to live out his mantra, “live for today, wish for tomorrow.” He will be dearly missed by family and friends 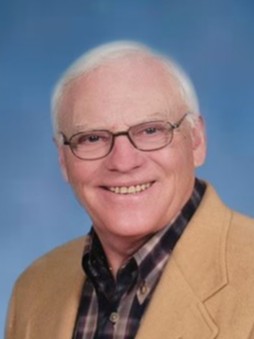