Harold W. Freetly, 96, of Kerkhoven, died Tuesday, April 26th at Carris Health Rice Hospital in Willmar. His Mass of Christian Burial will be at 11:00 am, Wednesday, May 4th at Sacred Heart Catholic Church in Murdock. Visitation will be from 5-7:00 pm, Tuesday, at Harvey Anderson Funeral Home in Willmar and continue one hour prior to his service at the church. Burial will be at a later date at Hillside Cemetery in Kerkhoven. www.hafh.org

Harold William Freetly was born in Fulda on August 18, 1925 to Glen and Anna (Baumgartner) Freetly. He was the eldest of seven children. Harold was baptized and confirmed at St. Gabriel’s Catholic Church in Fulda. He attended country school for four years, parochial school for four years and graduated from Fulda High School in 1943 and left for Navy bootcamp six days later. He attained the rank of 2nd class Petty Officer and was trained as an Aviation Electrician Technician. He helped install jet boosters on torpedo bombers, to prevent them from falling in the ocean on takeoff.

Harold worked as a lineman for Northwestern Bell for two years. He attended Coyne Electrical School in Chicago for nine months. Harold worked for an electrician in St. James, for seven years.

On October 16, 1950 Harold was united in marriage to Arlene Evers from Fulda. This union was blessed with five children and 71 years of marriage.

Harold and Arlene purchased Our Own Hardware Store in Kerkhoven and also started Freetly Electric in 1956. Harold retired in 1986 and sold the electrical business to his son, Tom.

Harold was active in the Kerkhoven Fire Department for 22 years, and Chief for 15 years. He was an American Legion Commander and active member since 1956. Harold also assisted with the Lion’s Club, Saddle Club, Commercial Club, Elks Club, golf course, and swimming pool. He could “fix” anything and made friends wherever he was.

Harold’s hobbies included flying as a private pilot, elk hunting, golfing and dancing. He and Arlene enjoyed many summers at their cabin on Games Lake. They also enjoyed traveling throughout the U.S and Europe. After retirement, they spent 34 years as Winter Texans, in Donna, Texas and helped tutor elementary students there. Harold was never one to sit still and was always looking for the next project. He loved helping people in need and any family member that had a project to get done. He was ready to strap on the tools and get it done. His moto: You rest, you rust!

In the spirit of giving, Harold made the decision to donate his body to the University of Minnesota Anatomy Bequest Program for medical research and education.

He was preceded in death by his parents, infant sister, and sister, Coletta.

Memorials will be donated to the Hillside Cemetery Association. 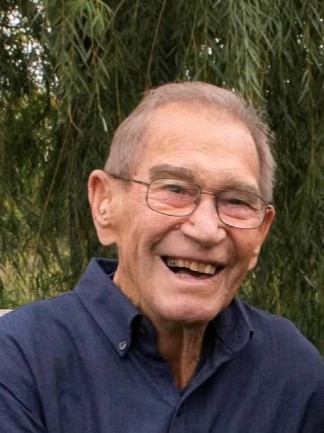