Idella A. Underland, age 85, of Willmar, passed away Sunday, August 9, at her residence.

Funeral services will be held at 2:00 p.m. on Saturday, August 13, at the First Reformed Church in Willmar. Interment will be at Fairview Cemetery. Visitation will be one hour prior to the service at the church. Arrangements are entrusted to the Peterson Brothers Funeral Home. www.petersonbrothers.com

Idella Ann Underland was born on May 30, 1937, in Erickson Township, Renville County, Minnesota, the daughter of Ike and Annie (Stomberg) Freiborg. She grew up in the rural Renville community, was baptized and confirmed at the Ebenezer Presbyterian Church, attended District #88 country school and graduated from Renville High School in 1955. She earned her nursing certification in Willmar in 1958. On March 5, 1960, Idella was united in marriage to Ivan Underland and they made their home in Willmar. Idella worked as a LPN at the Christian Nursing Home in Willmar for many years. She was a member of the First Reformed Church and was active in various church activity groups. Her hobbies included flowers, gardening, baking, needlework, playing cards and hunting for asparagus. She enjoyed spending time with all her family, especially her grandchildren and great-grandchildren.

She is survived by her loving husband, Ivan; three children, Timothy (and Donna) Underland of Spicer, Lynette (and John) Caldwell of Blaine and Steve Underland of Willmar; three grandchildren, Kent (and Kelcie) Underland, Cameron Caldwell and Bailey Caldwell; five great-grandchildren, Jacob, Charlotte, Benjamin, Cooper and Bodie. Also surviving are two sisters, Inez (and Arnie) Underland of Renville and Janet (and Larry) Agre of Brandon, SD.; and three sisters-in-law, Harriet Freiborg of Renville, Junith Freiborg of Renville and Millie (and John) Meyer of Raymond, besides other relatives and friends.

She was preceded in death by one daughter, Kristy Underland; three brothers, Boyd, Henry and Louie; and her parents. 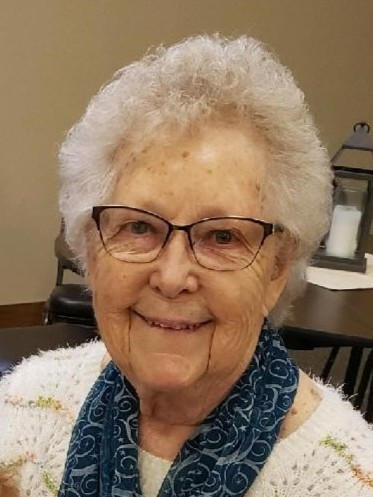