Kenneth Ralph Petersen Sr, 74, of Raymond, died Friday, September 16th at his home. His funeral will be 10:30 am, Friday, September 23rd at Harvey Anderson Funeral Home in Willmar with interment and Military Honors in Terrace Lawn Memory Gardens in Montevideo. Visitation will be Thursday from 5-7 pm, at the funeral home and continue one hour prior to the service on Friday. www.hafh.org

Kenneth was born May 20, 1948, in Montevideo, Minnesota, the son of Ralph and Sadie (Hoogheem) Petersen. He grew up in Clara City was baptized and confirmed at Bethany Reformed Church and attended country school and Clara City High School.

Following his schooling, Ken joined the United States Army, serving from 1968-1970 in the Vietnam War when he received his Honorable Discharge. During this time, on June 15, 1969, he was united in marriage to Sarah Buffington in Montevideo. In their early years of marriage, they made their home in Montevideo, then moving to Willmar in the early 70’s, before settling in Roseland where they lived for the next 46 years. In 2020, they moved to Raymond. Ken loved driving truck and was a truck driver for over 50 years, he was co-owner of MN Express for many years and finished his trucking career with K.P. Enterprises before retiring in 2014.

His family recalls his love of the outdoors, especially hunting. He instilled not just the love of the sport, but also hunting as a means of stocking the freezer. He prided himself in taking and teaching his family how to hunt safely throughout his life. He also shared his knowledge of working on cars and trucks with his family. More than anything, Ken was a soft-hearted man who found so much joy in spending time with his loved ones, sharing stories and never passing up the opportunity to hold a baby, in which he looked forward to with his upcoming promotion to the title of Great-Grandpa. Although, nothing was more important to him than spending time with his grandchildren.

He was preceded in death by his parents, brother, Fred, sisters, Katie (Marvin) Pitt and Jeanette (Earl) Giinthir, a brother in infancy and brother-in-law, Onell “Bob” Mahlum. 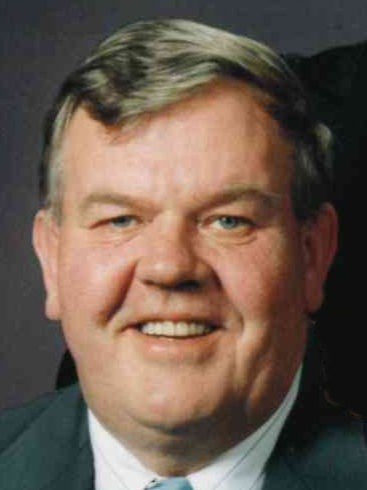