Lloyd “John” Lindquist, 75, of Pennock passed away January 5, 2022, at Carris Health Care Center, in Willmar, following a sudden illness, aggressive esophageal cancer. A Celebration of Life will be held at 11:00 am, Thursday, June 30th, at First Lutheran Church of Norway Lake, rural New London. Visitation will be on Thursday from 9:00 am, until the time of service. Burial is in the church cemetery. Arrangements are with Harvey Anderson Funeral Home in Willmar. www.hafh.org

Lloyd “John” Lindquist was born May 5, 1946, to Lloyd and Bernice (Weinert) Lindquist in St. Paul, MN. John grew up in the Pennock area, where he has resided over the last 50 years. He attended New London-Spicer High School, graduating in 1964. In June, 1967, John joined the Marine Corps and received a medical discharge due to an arm injury he suffered as a teenager.

He was a member of First Lutheran Church of Norway Lake since 1947. Over the years, John served as an usher, was on the Trust Committee and helped make potatoes for the annual meatball dinner.

On June 29, 1968, he was united in marriage to Ardis Thompson, whom he dated several years, at Faith Lutheran Church in Spicer.

After working a year in St. Paul, John decided to go to St. Cloud Vocational School (1970-1971) to become an electrician. He worked as a union electrician for 38 years, of which he worked for Brandt Electric in Olivia for 29-1/2 years. Besides working, he farmed some acreage. He retired December, 2007, but still did some farming. He was proud of his farm which he bought when he was 16, and became a century farm.

John enjoyed hunting and was a life member of the Belgrade Sportsmen Club. He also enjoyed playing golf, and taking his last dog “Coco” for daily rides in his ATV side by side. He was a member of the New London American Legion Post #537 for 47 years.

John and Ardis enjoyed traveling over the years; especially their 45th Anniversary trip to Alaska and their 50th Anniversary on a river cruise to Germany, France and Switzerland. But mostly, spending their winters in Arizona for the past 16 years.

John was preceded in death by his parents; brother-in-law, Vern Jellum; and his in-laws, Bennie and Alice Thompson.

John was an avid hunter at an early age, so in later years, he would take the neighbor kids, or whoever was interested, on “Take a Kid Hunting Weekend.” So in lieu of flowers, memorials are preferred to New London-Spicer High School Trap Team, to help support this youth program. 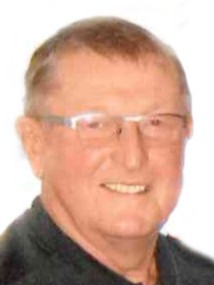