Mark A. Steffens, age 48, of Willmar, passed away Wednesday evening, Jan. 12, at Carris Health Rice Memorial Hospital in Willmar from complications of COVID-19.

A Celebration of Life service will be held at 1 p.m. on Saturday, Jan. 22, at Bethel Lutheran Church. Interment will be in the church cemetery at a later date. Visitation will be one hour prior to the service at the church on Saturday. Arrangements are entrusted to Peterson Brothers Funeral Home. www.petersonbrothers.com

Mark Allen Steffens was born on April 14, 1973, in Willmar, Minnesota, the son of Louis and Karen (Wiehr) Steffens. He grew up in the Clara City community, was baptized and confirmed at Immanuel Lutheran Church and graduated from MACCRAY High School in 1992. Following high school, Mark moved to Redwood Falls and worked at Ness Tire. While in Redwood, Mark made many friends and was nicknamed “Skid”. Later in life he met Amanda and they were married on October 7, 2000. They lived briefly in Morton before moving to Willmar. In 2003, this union was blessed with a son, Evan. Since 2002, Mark has been employed as an equipment detailer at Haug Implement in Willmar. He was given the nickname “Bubba” by his Haug work family. In 2006, Mark and Amanda separated but still remained good friends. Amanda had a daughter born in 2008 (Skylar) and Mark loved and accepted her as his own. Mark continued enjoying his life in Willmar, living his dream by spending time with his family and friends. He also enjoyed reading his bible, singing, fishing, bonfires, watching his beloved Green Bay Packers, mixing his favorite cocktail drinks, joking around and making creative tik-tok videos. Mark will be best remembered for his long-lasting laugh and smile.

He was preceded in death by his father, Louis in 2017; one sister, Melinda in 2021, and his grandparents. 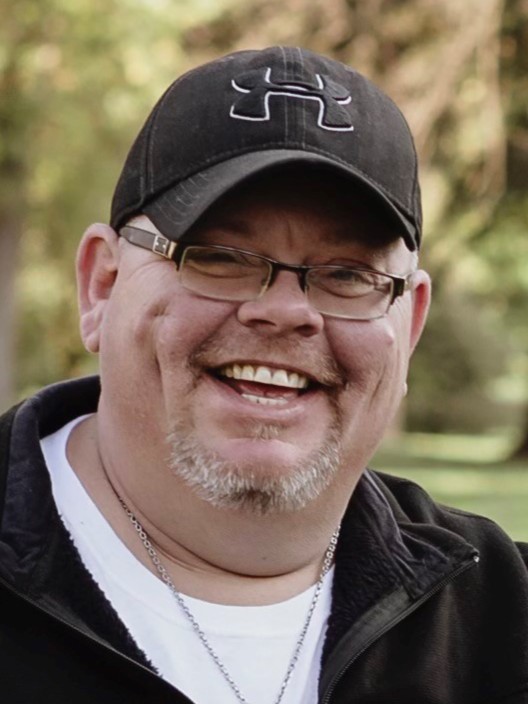