MaryAnne was born in Olivia, Minnesota in 1929 to Frank and Blanche (Horejsi) Halamka and passed away peacefully on September 6, 2022. She grew up and attended school in Olivia, Minnesota, graduating from Olivia High School. On July 23, 1947 she was united in marriage to Bill Renstrom of Lake Lillian, Minnesota. They spent their working years in Minneapolis and Arden Hills, Minnesota where MaryAnne worked for several companies and retired from Deluxe Check Printers in 1991. After retiring, she and Bill moved to their hobby farm in Aitkin County, Minnesota where they both were very active in community associations. MaryAnne chaired several organizations including the Aitkin County Hospice, Riverwood Hospital Foundation, and the Capital Campaign to build a new hospital. She and Bill also were involved in the Capital Campaign to build a new Catholic Church in Aitkin. In 1995 MaryAnne and Bill were elected Queen and Captain of the Aitkin County Riverboat Days celebration. They spent the next year representing Aitkin County at fairs and parades throughout Minnesota. MaryAnne and Bill moved to San Diego, California, in 2004, where they continued to be active in the community.

MaryAnne was preceded in death by her husband of 74 years in February, 2022. She is survived by three daughters Rebecca (Bruce) Rogers of Escondido, California, Bonnie (widow of Robert) Fox of Rochester, Minnesota, Belinda (Leonard) Reed of Woodbury, Minnesota; two grandsons Jonathan (Jessica) Fox of Aubrey, Texas, Brian (Rebecca) Fox of Northville, Michigan; brother Eugene (Kathy) Faiman of Redwood Falls, Minnesota; nieces and nephews, cousins and the many friends with which she maintained decades-long friendships.

MaryAnne was also preceded in death by her parents and sister Pauline (Faiman) Stahl.

A celebration of life and funeral mass for both MaryAnne and Bill will be held in Olivia, Minnesota; the celebration of life will take place at the Dirks-Blem mortuary in Olivia from 5:00 p.m. to 7:00 pm. on Sunday, October 16. The funeral mass will be held at St. Aloysius Catholic Church in Olivia on Monday, October 17 at 10:30 a.m. In lieu of flowers the family requests donations to Elizabeth Hospice at 500 La Terraza Boulevard, Suite 130, Escondido, California 92025. 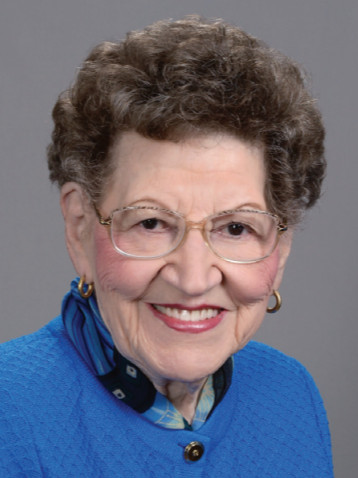