Neil Serbus, age 45, of Olivia died Wednesday, December 7, 2022 at his home. Mass of Christian Burial is Friday, December 16, at 1:00 p.m. at St. Aloysius Catholic Church in Olivia with Rev. Joe Steinbeisser as celebrant. Visitation is one hour prior to the service at the church. Burial is in the church cemetery. Lunch will follow at the Church Jubilee Center. Casual dress for his service is what Neil would want. Arrangements are by Dirks-Blem Funeral Service of Olivia.

Neil Jeffrey Serbus was born May 14, 1977 at Willmar, MN to Wallace and Karen (Johnson) Serbus. He attended St. Aloysius Grade School and graduated from Olivia High School in 1995. After high school he worked at various machine and welding shops including Falcon Industries, Cosmos. He worked for Aveyron Homes, Hutchinson for nine years. His most recent employer was Christianson Systems Inc. of Blomkest. Neil resided in Cosmos area for much of his life before settling on the family farm north of Olivia. Neil had a love for animals, especially his cats and raising chickens on the farm. He had a passion for cooking. He liked trying new recipes, canning the produce from his garden, and smoking meat. Being a dad to Logan, Desiree, and Dylan enriched his life. Neil was the happiest when he was outdoors. He shared his love of fishing, camping, gardening, and mushroom hunting with his children. They spent time together and made many memories on Kandiyohi Lake.

Neil is survived by his children: Logan, Desiree, and Dylan Serbus; parents, Wally and Karen Serbus of Olivia; his brother, Dan Serbus of Redwood Falls; his maternal uncle, Marv Johnson of Willmar; his paternal aunts and uncles: Sylvia Welsh of Bird Island, Mary (and Jerry) Schroepfer of Olivia, Marge (and Tony) Kosak of Olivia, Larry (and Sue) Serbus of Olivia, and Steve (and Cheryl) Serbus of New Ulm; his many cousins; and the mother of his children, Katy Suchy. Neil was preceded in death by his brother, Scott in 2010; his paternal grandparents, Matt and Mary (Rejsek) Serbus; his maternal grandparents, Kermit and Helen (Zobel) Johnson; his aunt, Leona (and Vern) Ewer; and his uncle, Bud Welsh; and cousin, Athena (Serbus) Krueger. Blessed Be His Memory 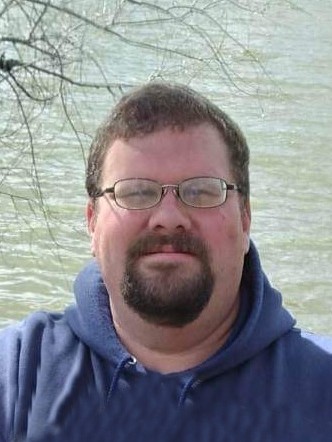