Philip Anderson, 86, of Willmar died Sunday, November 6, at Abbott Northwestern Hospital in  Minneapolis, MN, with wife, daughters, and a grandson by his side. Visitation will take place at Harvey Anderson Funeral Home on Friday, November 18, from 4:00 p.m.- 7:00 p.m. A memorial service will be held at Vinje Lutheran Church on Saturday, November 19, at 2:00 p.m. with visitation at the church one hour prior to the service. Arrangements are with Harvey Anderson Funeral Home in Willmar, www.hafh.org

Philip Burton Anderson was born July 20, 1936, at St. Mary’s Hospital in Rochester, MN, during a record-breaking heat wave, to Moppy Anderson and Allene [Michener] Anderson of Preston.   Phil attended grade school, junior high school, and high school in Preston, MN, graduating in 1954. During the 7th grade however, Phil missed over 13 weeks of school due to scarlet fever and rheumatic fever. During this time, he became an avid model railroad lover; building many models for his HO scale trains, a hobby he kept up throughout his life. During his high school years, he was involved in sports. He was on the basketball and championship baseball team. His love of sports continued through to his final days. Sports would be a passion throughout his entire life.

The summer after high school, Phil worked at Glacier National Park where he developed a great love for mountains and hiking, often relaying the story of his 26 mile one day hike.   In 1957, Phil went to Ft. Churchill, Manitoba, Canada to assist his brother, Kinsey, launch high altitude cosmic ray balloons. For Phil’s first two years of college, he attended Carleton College in Northfield, MN. During his junior year, he transferred to the architectural program at the University of Minnesota. He graduated in 1963 with both a Bachelor of Arts and a Bachelor of Architecture degree. He was honored with the Thomas F. Ellerbe prize in architecture.

While attending the University of Minnesota, Phil met his future wife, Anne Brownlow. They wed in 1958 and had three daughters; Trina, Brenda, and Deidra. After graduation he worked for the Minnesota Division of State Parks and then moved to Brainerd, MN, to work for the architectural firm Stegner, Hendrickson & McNutt. He became a registered architect in 1966. In 1969, he relocated to Willmar, MN to start his own firm, Genesis Architecture. Phil took great pride in his work. He led the way with dynamic design talent and creative solutions for the myriad of project types and sizes that have challenged him throughout the years. Phil led the design team that completed a home in Willmar which achieved a LEED’s Platinum designation, 1 of only 5 homes in Minnesota to reach that status. One of his most passionate projects was working with The Barn Theatre, a project of which he was very proud.

Phil had a unique gift of engaging with people, which he used not only to serve his clients, but also with his family, church, employees and community. Phil will always be remembered for his kindness and incredible sense of humor. He was especially proud of his two grandsons David and Spencer. Phil had many interests including fishing, sports, nature, model railroading, music, reading and traveling. He enjoyed many fishing trips, camping trips and his annual family vacations in Mazatlan, Mexico.

Phil is survived by his wife: Anne; daughters: Trina (Mitchell Baum) of Oakland, CA, Brenda of Willmar, MN, and Deidra of Milbank, SD; grandsons: David Anderson of Minneapolis, MN, and Spencer Baum of Tacoma, WA; two sisters-in-law; and many nieces and nephews.

He was preceded in death by parents: Moppy and Allene; his brother: Kinsey; and sister: A. Patricia Campbell. 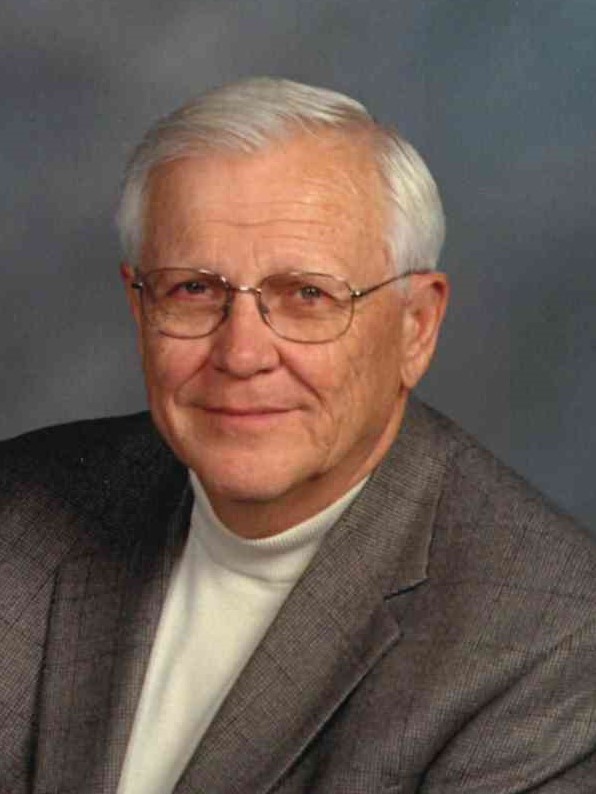