Robert Meral Mickelson was born to Evelyn (Ask) and Meral Mickelson on October 29, 1943 in Litchfield, MN. He attended Grove City High School before he was called to serve in the Navy in 1960. After he was honorably discharged in 1964, Bob managed a bowling alley in Florida and formed a bowling team called “The Misfits”. His teammates nicknamed him “Red” and he boasted an impressive average of 190. Through his life, Bob bowled many perfect games.

Bob and his forever love, Darlene (Nelson), married on December 14, 1968 after he stole her heart. Bob and Darlene raised two beautiful children, Shannon (Carlson) and Justin, in their family home in Litchfield, MN. He was an incredibly proud father who loved his children deeply. He was quick to boast about Justin’s film career and would brag to anyone that Shannon was his “number one nurse”. He delighted in his grandchildren, Jordon, Cody and Kaitlyn and loved watching them play hockey and do gymnastics. He was their biggest fan in anything they did.

Bob continued his education and earned his business degree from Rasmussen University. He worked for Ideal Lumber in Litchfield, MN before opening his own business, Window’s plus. He retired in 2005 and spent his time fishing, bowling and cheering for the Vikings. Bob was Commander of the American Legion, Post 104 in Litchfield, MN. He was instrumental in organizing the renovation of the kitchen and loved both cooking and bartending there. Anyone who knows Bob, knows he loved to cook and feed others. His delicious hot dish, Kumla and chicken salad were favorites among his family and friends.

Bob will be remembered for his quick wit, sense of humor and the most infectious laugh. He could always be found in his recliner with a crossword, a clipboard and his pup, Lucy. More than anything, Bob loved people and making others laugh. Bob’s family affectionately called him “Lug”, a nickname that was eventually extended to Justin and Jordon.

Bob is survived by his wife, Darlene, his daughter, Shannon, her husband, Bob, and their children Jordon (Taylor), Cody (Chloe) and Kaitlyn as well as his brothers Donny, Steve and John. Bob is preceded in death by his parents and brother, Daniel, and his son, Justin.

Words on a page will never be able to capture how much Bob was loved and how deeply he loved. Those who were lucky enough to know him will forever feel his absence. Bob’s family finds comfort in knowing that the “Lugs” are together again.

A Celebration of Life for Bob will be held at Resurrection Lutheran Church in Monticello, MN on Friday, December 9, 2022. Visitation will be held at 10:00 am with a service and lunch to follow.

Arrangements were entrusted to The Peterson Chapel in Buffalo, MN 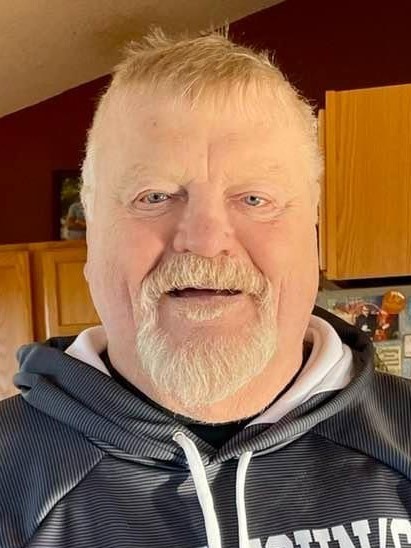