On the morning of October 12, 2022, Roger Roy Ulferts, loving husband and father, passed away after a long and courageous battle with cancer, surrounded by the proudest legacy of his life—his family.

A celebration of Roger’s life will be held on Monday, October 17, 2022, at 11:00 a.m. at Unity Christian Reformed Church in Prinsburg, MN, with a time of fellowship to follow. Visitation will be Sunday, October 16th from 5:00 to 7:00 p.m. and one hour prior to the celebration service, with a public committal service at the Holland Township Cemetery (south of Prinsburg) on Monday at 9:00 a.m. Memorials in honor of Roger may be given to Central Minnesota Christian School in Prinsburg, Children of the Promise, or Carris Health Hospice in Willmar. www.tricountyfuneral.com

The funeral service will be livestreamed at: https://youtu.be/dw4LV0FyRuM

Roger was born on September 9, 1945, to Herman and Grietje Ulferts. After graduating from Raymond High School, he served in the National Guard and then married his high-school sweetheart and the love of his life, Linda, in 1965. Roger continually put others before himself, and this especially included Linda. The two walked hand in hand for over 57 years of marriage, and he adored her more each day, making sure she was cared for until the last day of his life. Roger planted the seeds of faith in his family early on, professing his faith in Christ publicly with Linda soon after their marriage. Those seeds took root, and as their family grew, Roger instilled in his children a diligent work ethic and a passion for serving others. His fruitful legacy of Christ-like love and service are seen now in his family, who witnessed his faith lived out daily.

Roger was a numbers guy. After programming the first computer ever seen in Willmar, MN, he proceeded to start his own computer programming business. He could often be found pouring over a well-organized spreadsheet in his study or grappling with a difficult Sudoku puzzle—for fun. But for a man who loved the order of numbers, he just as easily found beauty in words. Roger was an avid reader and kept a well-stocked library of books available on his Kindle that he could take with him anywhere, especially as he escaped those frigid Minnesota winters and vacationed to warmer climates.

Anyone who knew Roger saw that he lived his life according to the adage “Actions speak louder than words.” While known for his quiet and contemplative demeanor, Roger lived out his faith by serving as a role model in the church and his community. He was an elder, Sunday school teacher, prison ministry leader, and charter member at Unity CRC. When he didn’t know what to do with his retirement (because golfing is more Linda’s thing), he chose to spend most of his time working as the church’s landscape caretaker. Roger’s Christmas and birthday cards were always a source of comedy as he tried to sum up all of his love and devotion in as few words as possible. Everyone knew that it was his love of Christ which he acted out, rather, that spoke volumes.

Roger always took time to enjoy the little things around him. He particularly loved mornings—watching the sunrise, drinking a mug of strong coffee or a glass of tomato juice, and observing the songbirds in his backyard. He took joy in a daily walk or bike ride, often with Linda, so that he could view God’s faithfulness at work in nature. If he wasn’t walking, he was out running. Family and friends fondly remember seeing his tennis shoes always present at the door after coming in from a morning run. Roger participated in the Chicago Marathon at the young age of 66, running to celebrate his granddaughter McKenna’s five-year cure from leukemia.

Roger finished his earthly race and crossed the finish line into heaven at the age of 77. He is survived by his loving wife, Linda; three children: Chad (and Sonia) of New London, MN, Joe (and Wendy) of Dayton, MN, and Heather (and Chad) Groen of Prinsburg, MN; eight grandchildren: Chantal Ulferts, Cassandra (and Shean) Gerdes, Courtney (and Dillon) Erickson, McKenna (and David) Arndt, McKayla (and Carter) Michaelson, and Landon, Elias, and Kylan Groen; two great-grandchildren: Graham Gerdes and Lucy Erickson; and five siblings: Paul, Ruth, Jane (Niemeyer), Milton, and Burton. He was preceded in death by his parents, two brothers (John and Royce), and twin sisters (Rose and Ruby).

You have run the good race, Roger. Well done, good and faithful servant! 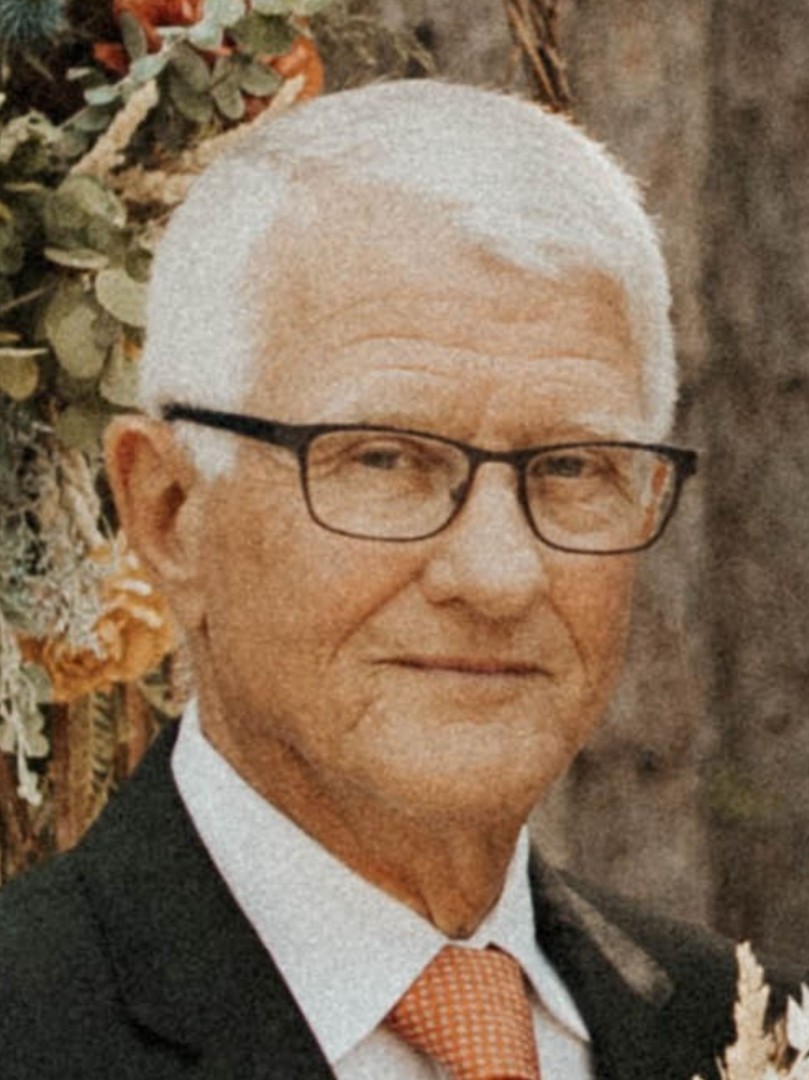