Memorial Services will be 11 a.m. on Wednesday, October 26, 2022 at the Paynesville Evangelical Free Church for Ronald O. Mages, age 71, of Paynesville. Ronald passed away October 16, 2022 at his home with family at his side. Pastor Brad Hopman will preside. Burial will take place in the St. Louis Parish Cemetery in Paynesville. Visitation will begin after 9 a.m. on Wednesday at the church.

Ronald was born May 18, 1951 in Redwood Falls, MN to Albin and Adella (Kodet) Mages. He married Diane Ebbers September 5, 1970 at St. John’s Catholic Church in Hector. They lived in Olivia for five years and then in 1976, moved to the Paynesville area where he began dairy and crop farming. They enjoyed wintering in Arizona where they would explore the desert with his Jeep. He was a member of Paynesville Evangelical Free Church and a devoted follower of Jesus Christ.

If you knew Ron, you knew his passion was farming. When doctors gave him a few weeks to live, he battled to hang on to see the harvest. Throughout his struggle, he continued to give his boys advice as best he could. The last time he was out of bed, he declared “that is a d--- good crop”. As the boys finished working the ground, Ron breathed his last. 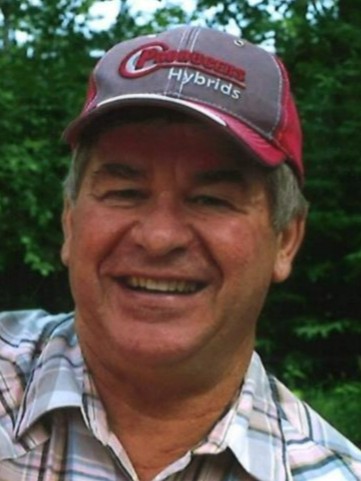