Ruth Frances Plackner, 77, passed away Monday, June 6, 2022, at Arbor Oaks Senior Living in Andover, Minnesota with her family by her side.  Visitation will be held from 12 – 2 pm on Thursday, June 23, 2022, at Trinity Lutheran Church in Benson followed by the memorial service at 2 pm. Interment will be at the Benson City Cemetery following the service and luncheon at Trinity Lutheran Church after the interment.

Ruth Frances (Stogdell) was born Friday, April 13, 1945, in Lincoln, Illinois the 2nd of 3 daughters of Fred Junior and Jessie Ruth (Myrick) Stogdell.  She was baptized by Rev GE Baldridge on Palm Sunday, April 14, 1946, at the Chestnut Methodist Episcopal Church; and confirmed there in 1958 by Rev. Trueblood. Ruth grew up in Lake Fork Township-Latham, Illinois and moved to her mother’s family farm site (Williams Family) in rural Chestnut, Illinois in 1954. Growing up she was active in 4-H, traded piano lessons for eggs and cream from her aunt, and helped on the farm by mowing lawn, walking the beans, detasseling corn, and babysitting. Ruth attended school in Latham and graduated 8th grade from the Chestnut Grade School. In 1963 she graduated from High School in Mt Pulaski where she was involved in band, chorus, cheerleading, German club and many other activities.

Ruth always wanted to be a nurse and went from farm to Chicago Wesley Memorial School of Nursing, graduating in 1966. She was class secretary in her senior year and participated in the school choir.  Ruth was a licensed registered nurse in both Illinois and Minnesota. It was while in Chicago she met Donald Leslie Plackner, who was a student at the Illinois College of Optometry.  They were married September 11, 1965, in Chestnut by the Rev. William Harris. This union was blessed with 56 years of marriage, four children and 10 grandchildren.

Ruth was passionate about her nursing career. She worked at the Benson Hospital between 1966 and 2002.  Early on she helped arrange a community wide polio clinic for the Benson area. Ruth worked all shifts, in all areas and became an American Heart Association CPR Instructor Trainer, teaching CPR to hospital employees as well as community groups.   Although she enjoyed all nursing activities, she was drawn to Cancer patients and their families. She passed the board at the University of Minnesota and became an Oncology Certified Nurse.  As she often said, “Though you can’t save everyone, you can certainly make a difference for them”. Between 2002 and 2007 Ruth commuted to the Montevideo Hospital and worked in the Cardiac Rehab and Outpatient Chemotherapy Departments. She was President of the West Central Minnesota Oncology Society.  Ruth retired in 2007. Ruth was active in the community, participating in Mrs. Jaycees and Coterie.  She was a 53- year member of the Pilgrim UCC teaching Sunday school, singing in choir, playing the organ, and serving on many boards.  In 2019 she and her husband joined Trinity Lutheran Church. Ruth enjoyed gardening and flowers and believed no land should be wasted! She enjoyed sewing and knitting, making much of the family’s clothing. Later on she enjoyed machine embroidery and quilting.   Genealogy became a passion in retirement.

She was preceded in death by her father in 1978, her mother in 2004, nephew Raymond Gee, his wife Ruth, their children Justina, Dillen and Austin in 2009, as well as many other beloved in-laws and family members. Ruth is survived by her husband Don Plackner of River Falls, WI; children: Brent (Lisa) Plackner of River Falls, WI; Andrea (Dale) Pahan of Andover, MN; Kimberly (Chad) Klassen of Jackson, MN; and Blair (Amy) Plackner of Pine Island, MN.  Grandchildren: Bailey, Reid and Jared Plackner; Lauren and Nathan Pahan; Erin and Crosby Klassen; Noah, Drew, and Maren Plackner.  Sisters: Judith Stogdell of Lincoln, Illinois and Janet Johnson of Richmond Hill, Georgia and many nieces, nephews and cousins. Blessed be the memory of Ruth Frances Plackner. 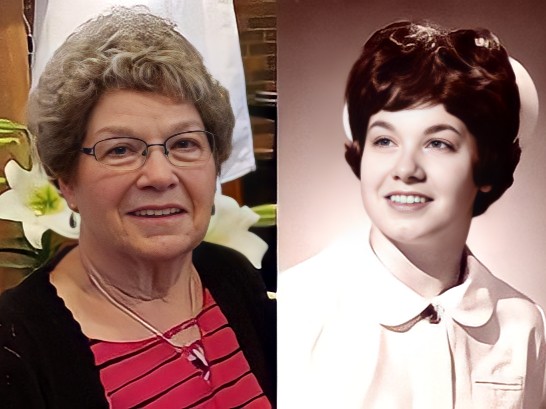